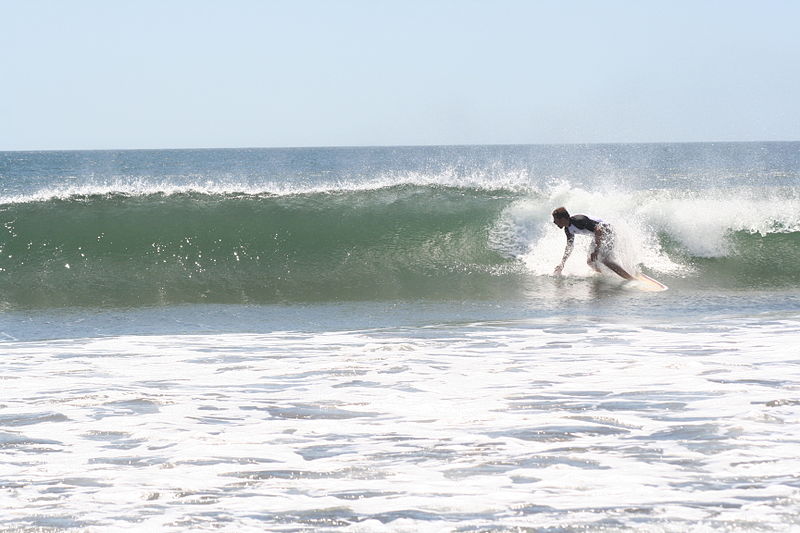 There is no doubt that Costa Rica is a paradise chosen by many tourists internationally. What does impress, is the number of stars and celebrities that visit our country every year. Those who come, fall in love and are usually recurrent in their visits to different areas of Costa Rica. They not only choose our paradisiacal beaches, they also take refuge in the mountains and volcanoes, where they can have all the privacy while getting to know the most beautiful corners of our country.

Starting with a very popular couple that is seen really often in Costa Rica: Gisele Bündchen and Tom Brady. The famous Patriots player and the Brazilian top model of Victoria’s Secret travel with their children. They bought a private residence in Santa Teresa some time ago, in a secluded location further away from the beach in order to have total privacy. They are usually seen at the beach during the mornings when Tom can surf calmly. Gisele also participates in different yoga classes in the area and has been invited to fashion discussions and events in San Jose. Recently, In their social media profiles, they are seen enjoying the area of San Carlos and doing activities such as canopy and horseback riding with the entire family. If you visit Santa Teresa, keep your eyes wide open for this popular couple, they tend to be there a lot!

Other celebrities that have been seen in the Mal País area several times are the Red Hot Chilli Peppers, Mel Gibson, Mathew McConaughey, Matt Damon, Liam Hemsworth and Miley Cyrus. All opt for private transport and places of maximum discretion to spend their holidays in peace. However, they do not deprive themselves of visiting the beach towns and the restaurants at night. Matt Damon was found several times dining at beach bars with his entire family. Miley and Liam were photographed spending a whole day on the beach in their beachfront penthouse, surfing and sunbathing. Undoubtedly, this beach has a great attraction for tourists and famous people think so too.

Bono, the emblematic singer of U2, secretly visited the country on several occasions. Very rarely the press realizes that celebrities of such high level are here. On one of his vacations, after spending several days on the Pacific coast they hired an ATV tour and his wife suffered a minor accident. She was transferred immediately to a private hospital in San Jose, and there the press was waiting for them there. The hospital had total discretion and tried to make them feel comfortable by prohibiting the press’s entrance. They did not realize that many of the patients were fans of him and his music. Several were able to take pictures with Bono, but he decided to stay in the room accompanying his wife.

In 2017 Costa Rica received the famous Kardashian family. They arrived on a private flight, in which they were then transferred to one of the most luxurious mansions of Papagayo, in the Pacific Coast. The penthouse is surrounded by nature and has 8 private suites, a spa, marble bathrooms, several pools, staff, security and a fantastic ocean view. They also visited the San Carlos area, the Arenal Volcano specifically. They bathed in rivers and thermal waters and went rafting. They used private transportation to travel around the country, they used small planes and helicopters, always with their security. Each day, they had a photo session in which they showed incredible landscapes and their glamorous lifestyle. You can imagine, a vacation in the best Kardashian style!

It is said that Keylor Navas, the Real Madrid goalkeeper, has promoted the country among his colleagues on the team. On these previous days, the French player, Raphael Verane, decided to rest after winning the world cup on the beaches and mountains of Costa Rica.

Oftenly, these stars try to go unnoticed. After all, they seek to rest and be able to spend quiet vacations, get off the radar for a while. They use private transportation and stay in luxury homes away from the crowds, but always trying to know every special corner that Costa Rica has to offer.

The famous reaffirm that our country is a natural beauty